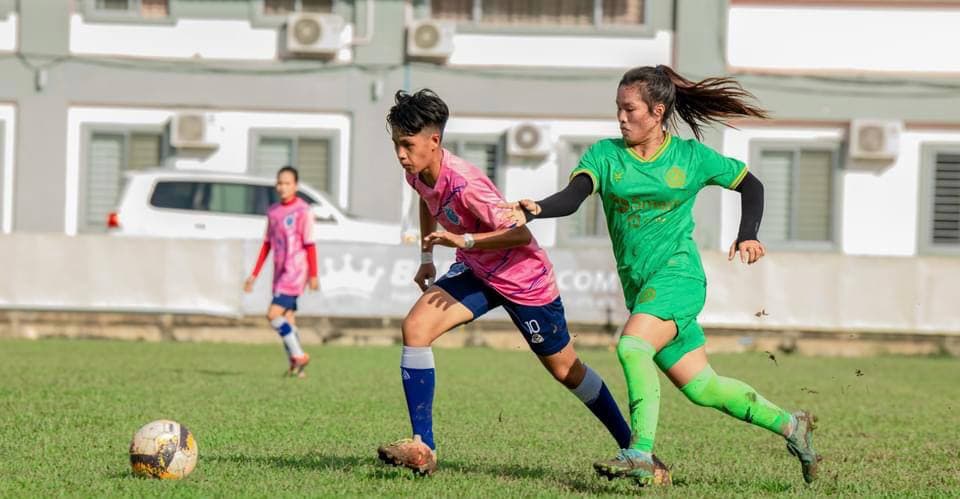 Football is more than a game for Chevey

Football is not just a game for Ban Chevey, it is her life and inspiration.

The prolific national midfielder has no doubts that her life would have taken a turn to the worse had it not been for the beautiful game.

“My life could have completely different if not for football. I have seen my childhood friends ending up working in Thailand and in restaurants,” said Chevey, who grew up in an orphanage since she was three years-old.

She added that apart from being able to contribute to the nation building through sports, she was also able to improve herself in many other ways. Chevey is also a qualified physiotherapist.

The 26-year-old admitted that her journey from being an orphan to a national player had been fraught with obstacles.

“People do not like women to play football. In my initial year’s the support from the public and the football community was not encouraging. Even I lost my confidence many times and had wanted to give up playing altogether,” said the Phnom Penh Crown Football Club (PPCFC) football club player.

Chevey, who hails from the Battambang Province, picked up football growing up at the Meato Phami Kama (Homeland) Orphanage.

“I never knew my parents. I was only told when I was young that they had died,” said Chevey, who has used her hard life as platform of change.

She started playing with the boys when she was in her early teens and played her first competitive match in a junior tournament in 2007.

But in 2010, the orphanage was straddled with financial issues and was forced to disband their football team.

“I was told to make a choice, to continue playing football for another team or moving to another orphanage,” said Chevey.

It was than that the Mighty Girl football club turned out to be saviour, offering her a place in their women’s football squad. She and her teammates from the orphanage attended the selection trials and Chevey was the only player to be offered the spot.

Joining the Mighty Girls was a blessing to her blossoming football career as well as personal development.

“Being part of the Mighty Girls also gave me the opportunity to travel to both the German and Brazil World Cups,” said Chevey, who has visited more than 30 countries through football.

She added the perception of women in football among Cambodians has also changed for the better in recent years.

Being part of the team also helped her continue her studies. “I managed to finish my Hich School while playing for the Mighty Girls. She was with the team from 2010 before joining PPCFC as their midfielder,” she said.

She contributed to PPCFC’s top three finish in the Cambodian Football League between 2018 and 2020. The club is atop the league standings this season and is expected to emerge as the overall champions.

The one person, whom Chevey attributes in shaping her football career is former national coach Sam Schweingruber.  The Swiss was the first Cambodian women’s coach and left in 2018.

“I still keep in touch with him and he still gives me advice on football and my future,” said Chevey.

Chevey last played for the national team at the 2018 ASEAN Football Championships in Indonesia.

“There has no international exposure for a long time due to the Covid-19 pandemic and hopefully we can get a chance to play internationally again,” she added.

She hoped that with Cambodia hosting the SEA Games, it would help elevate the status of women football in the Kingdom.

“It will be the first time that the Cambodian women will get a chance to show their talent at home and a medal would help to further our cause,” said Chevey.

She added that it was important for more local football clubs to start giving women their chance to play football at the competitive level.

“It will be a proud moment for Cambodian women if we can win a medal and I would love to be part of the adventure,” said Chevey.

Whether she ends up helping Cambodia win a medal next year may not matter as her life journey up to now itself is an inspiration to the others. She truly embodies the Cambodia 2023 motto of Sports: Live in Peace.