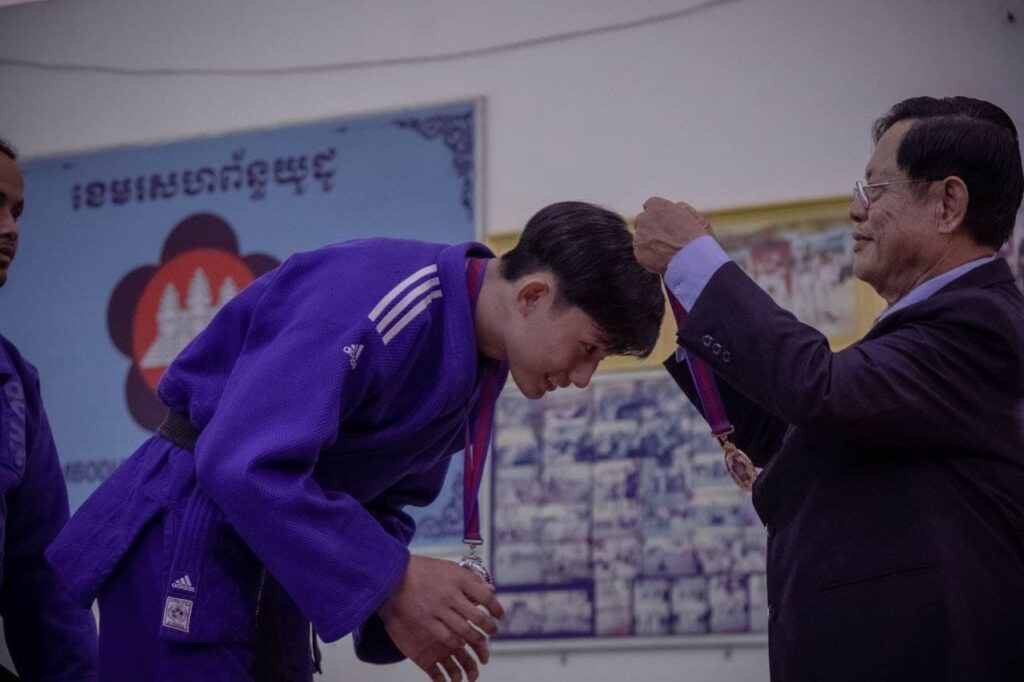 Do or Die Mission

It’s not often that you are involved in a ‘do or die’ mission. And just a few months before the Vietnam SEA Games, judo exponent Voon Kim Heng is faced the unenviable task of reducing his weight or losing his place in the squad.

The already slim, Kim Heng must drop his weight from 70kg to 66kg in order to compete in his class at the Under 66kg category at the 31st Vietnam SEA Games; a task he must achieve in about four months he has prior to the Games.

Towering at 1.70cm, it may be a tall order for him especially this being the first time that he will be representing Team Cambodia at the SEA Games competition. He remains unfazed with the circumstances ahead of him and remains committed to cause and ensuring that he achieves his goal.

His long-term goal is to qualify on merits for the Olympics, so this obstacle is part and parcel of an aspiring athlete to represent his country in the highest level of competition.

In the meantime, on top of his daily training under the guidance of his coaches Chan Chuen and Vibol Dara, the coaches and himself ensure that his diet intake would help to drop his weight.

Kim Heng first got involved in Judo when he saw a group of people training at the local gym in Siem Riep. He was fascinated with the technique of ‘lock and throw down’. Although Judo is not popular in Cambodia, his aspiration of becoming the first Cambodian to represent Team Cambodia in Judo will help more youths to take up the sports.

Kim Heng is also currently pursuing his studies in dentistry where he is a first year student. He does carry a wonderful smile with him but underneath the smile is a man who is on a mission to get the gold for Team Cambodia and inspire the next generation of judo exponents in the country.